Vancouver, British Columbia--(Newsfile Corp. - October 28, 2021) - Phenom Resources Corp. (TSXV: PHNM) (OTCQX: PHNMF) (FSE: 1PY0) ("Phenom" or the "Company") is pleased to announce that it is selectively strengthening its gold portfolio in Nevada by signing an Option Agreement exclusively with Dave Mathewson for a property he has held since 2015 and planned to drill himself in the Independence- Eureka Gold Trend. The option of the SMOKE Property will further strengthen Dave Mathewson's position and engagement in Phenom Resources Corp. with additional stock in the Company as he spearheads and supervises the exploration on both the SMOKE Property and the Carlin Vanadium-Gold Project. Mr. Mathewson is a renowned Nevada gold specialist and former Newmont Mining Corporation Regional Exploration Manager. Mr. Mathewson was instrumental in several significant gold deposit discoveries in the Rain and Railroad Mining Districts in the southern portion of the Carlin Gold Trend where the Carlin Vanadium-Gold project is located.

Paul Cowley, President & CEO states, "We are very pleased to add this high-quality asset from Dave Mathewson who has a proven eye for good gold prospects in Nevada. The terms are very modest to manage, still allowing us to focus the bulk of our treasury on drilling the Carlin Vanadium-Gold Project which is still in progress. In our aggressive fashion, the Company plans to drill the SMOKE prospect in November with a first pass 5-7 hole reverse circulation of approximately 1,100m (3,600ft) program."

The SMOKE claim group, 65 kilometres south of Eureka, Nevada comprise 48 unpatented lode claims protecting a 3.9 square kilometre area of intriguing geological and geophysical characteristics for gold exploration. SMOKE is on the southern extension of the Independence-Eureka Trend, near the intersection with the Battle Mtn-Eureka Trend (see Figure 1). The SMOKE claims cover two strongly altered, silicified Paleozoic limestone exposures that bear some resemblance to Devils Gate Fm of Devonian age, a known host to gold mineralization in Nevada. One silicified exposure is substantial at 0.5 kilometres long. The limited exposures are surrounded by what is believed to be a thin veneer of post-mineral gravel located in the central Little Smoky Valley east of the Antelope Range. Regional gravity data exhibit a prospective gravity high that suggests that the limited exposures could be part of a much larger Paleozoic, shallow limestone platform in the valley, ideal for a gold prospect in Nevada.

The SMOKE prospect was initially looked at by Atlas Precious Metals Inc. in 1986. Seventeen of 22 samples from the surface returned a high level of pathfinder metals for gold that averaged 341ppm arsenic and anomalous mercury, antimony and limited gold. Subsequent sampling in 1987 returned similar metal elevations. Small amounts of what was believed to be cinnabar (a mercury mineral) was observed on the small western exposure by Mathewson. Late in 1987 two very shallow 200-300 foot holes were drilled by Atlas with one yielding 80 feet averaging 80ppb gold. No other drilled is evident in the area.

Nevada Gold will retain a 3% Net Smelter Return Royalty ("NSR") on any mineral products derived from the SMOKE Property. Phenom will have the right to purchase up to a 2% NSR for US$1.0 million for each 1% NSR prior to commencing commercial production, leaving Nevada Gold with a 1% NSR. The proposed transaction is subject to the acceptance of the TSX-V. 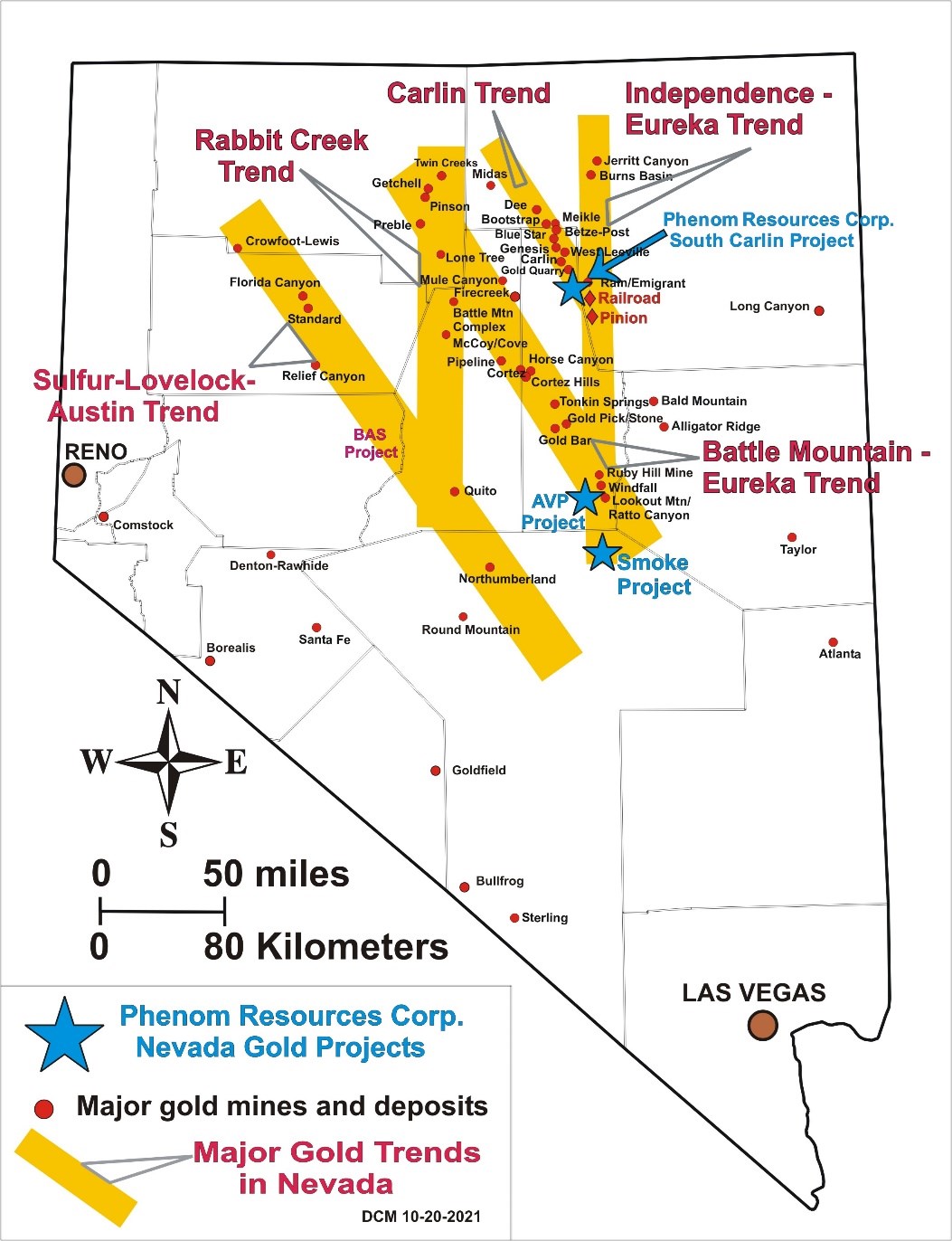 Figure 1: Principal Gold Trends in Nevada and Location of SMOKE

At AVP in the Battle Mountain-Eureka Trend, the Company completed the planned first pass, broad spaced drilling program of 6 reverse circulation drill holes totaling 1,148 metres (3,765 ft) through shallow post-mineralization colluvial gravel cover along a 2.5km (1.5 mile) strike length within the core of the claims. Ground magnetic and gravity surveys were completed by the Company on AVP prior to drilling, revealing a >2.5km (1.5 mile) long by 500m (1640 ft) wide disrupted structural zone coincident with elevated gold in historic shallow drilling from the 1980's AVP Property. Although perspective limestones, intrusives and sills were encountered that were silicified and veined with sulfides, no significant gold intercepts were found. No further work on AVP is planned.

ON BEHALF OF PHENOM RESOURCES CORP.
per: "Paul Cowley"
CEO & President
(778) 655-4311
This email address is being protected from spambots. You need JavaScript enabled to view it. www.firstvanadium.com

Technical disclosure in this news release has been reviewed and approved by Dave Mathewson, a Qualified Person as defined by National Instrument 43-101, and Geological Advisor to the Company.

To view the source version of this press release, please visit https://www.newsfilecorp.com/release/101195